Sheep ass is a delicacy in central Asia, and its fat meat seems to turn up in the most unexpected places. Beware, the following list is for the adventurous only.

When not cooking ourselves, we have been eating in roadside cafés, markets and street side shacks. These establishments often have extensive menus of which usually only three or four things are available. After 30 minutes perusing the menu with our ever-handy phrase book, a typical conversation in a café will go something like this:

Manty are large dumplings similar to a Japanese Gyoza but twice the size. They are stuffed with onions and mutton and come steamed or sometimes fried. They are served in large portions and are very filling and cheap. Most of the time they are delicious, but we have been shocked to find some filled with soft chewy pieces of sheep ass. This addition of ass fat results in congealed lamb fat sticking to the roof of your mouth- not exactly a pleasant experience and one that stays with you for the rest of the day. Recipe here. 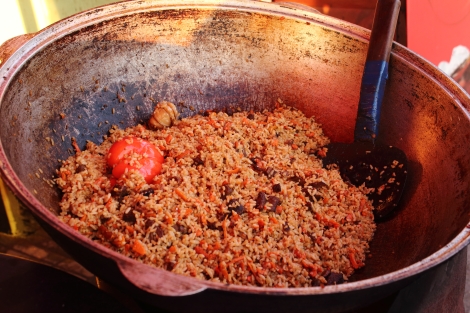 Plov is a rice pilaf particularly popular in Uzbekistan although available in all the central Asian countries. It is cooked in a big round metal pot called a kazan. Shops selling plov will have a big round kazan sitting outside. Plov is usually made from rice, lamb, carrot, onion, raisins and garlic. It can be a flavoursome dish, but it can also be a bland heap of rice swimming in a pool of oil. Recipe here.

The Uzbeki version of Laghman in Uzbekistan (source)

Laghman is an adaptation of a noodle dish from western-China. The white laghman noodles come in a slightly spicy broth with chunks of mutton, peppers, onion and chili. A favorite at roadside cafés and cheap restaurants. It is both filling and delicious. Recipe of the Kazakh version here.

A sheep ass dish we ate in a yurt in Kazakhstan

Beshbarmak, meaning five fingers because you eat it with your hands, is the national dish of Kazakhstan. It is usually served on special occasions on a massive platter, placed in the middle of the table so that everyone can dig in together. The dish consists of sheets of pasta, onions, lamb broth, a large piece of lamb meat, and slices of boiled sheep ass garnished with dill. We had the pleasure of beshbarmak during our stay in the yurt, where our host Marat slaughtered a sheep and invited his fiends round for the tasty feast. It was a big occasion with the head of the table slicing off chunks of ass into the dish. Fortunately for us they didn’t include the head which is usually boiled and served to the guests of honour. Recipe here.

A favorite of ours available almost everywhere, shashlyk are strips of marinated meat charcoal-grilled on long metal skewers. Calls of “shashlyk!” ring out in market places, and the long thin grills line the roadside.  Shashlyk are made of lamb, chicken, sometimes beef and very occasionally vegetables, and served with a mountain of raw onions, vinegar and sometimes a sauce of watery ketchup and dill.  Central Asians love mutton and the sheep here are of the fat assed variety. In Kazakhstan we found that mutton shashlyk nearly always comes with a generous chunk of skewered sheep ass fat. While Sammi and I have grown to love a crispy piece of ass, Phil has not. Sheep ass aside however, shashlyk is the perfect accompaniment to some ice cold beers and a piece of the meat makes an excellent vodka chaser. Recipe here.

Fast food shops selling doners or lavashes (named after the Turkish style bread they come wrapped in) abound. The lavash is basically the same as what Brits know as a doner kebab, the only exception being the bread. Instead of pita bread, large lightly toasted Turkish style flat wraps are used. These are filled with meat, some veg, usually cold chips (so very wrong!), mayo and ketchup. The lack of chili sauce and the presence of cold chips means that personally I am not a big fan but they are cheap and they can be pretty large. One is enough for Sammi and I but our resident lavash connoisseur Phil can usually polish off a few. Recipe here. 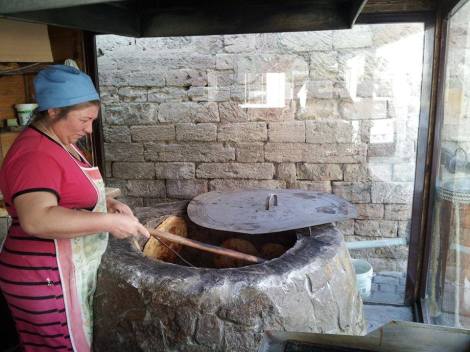 The bread in Central Asia is delicious, particularly when bought piping hot fresh from the oven. It usually accompanies every meal and is sometimes the size of a giant Frisbee. We have become particularly fond of chechil, a long stringy salty cheese bread fashioned into a braid. You can buy it at most supermarkets and shops. It also happens to be a perfect chaser for a shot of vodka. 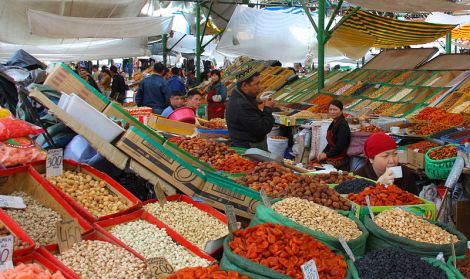 Dried fruits and nuts at Osh Bazaar in Bishkek (source)

The markets and bazaars of Central Asia are brimming with fresh fruit and nuts. Watermelons, melons, apples and peaches are particularly delicious. The dried fruits and nuts are cheap and cheerful. There are a huge number varieties of sugar-coated nuts so we often get several kilos of almonds, cashew nuts and dried apricots to sustain us on long drives.

Central Asia was a complete unknown for us in terms of food, and we had harboured hopes of discovering an array of new and exciting tastes. In reality, there is little variety for the budget-minded traveller. Still, the food that we were able to sample was for the most part delicious in its own way, even if it did come with more fatty meat than we cared for. I am sure I will get cravings for plov or a manty (perhaps with a side of salad) in the future. 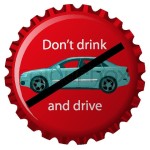 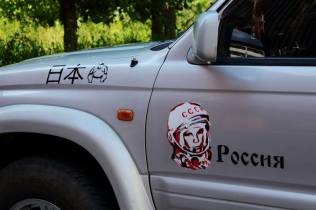 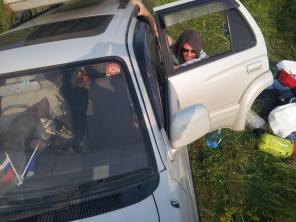 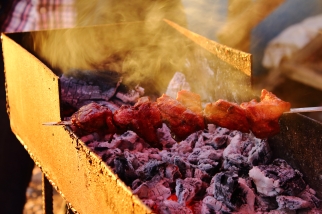 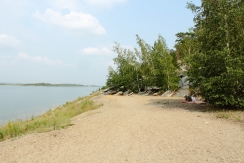 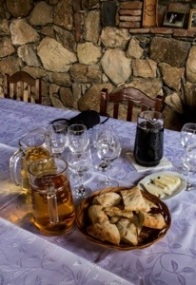 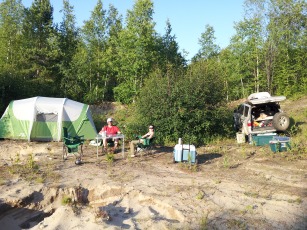 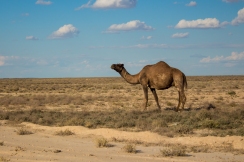 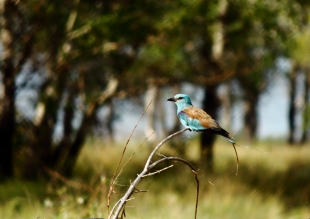 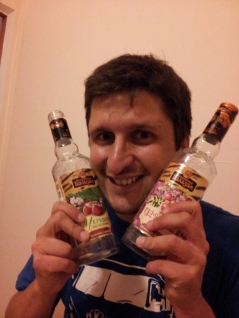 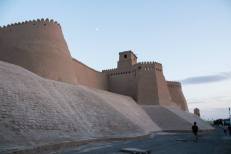